There will be a Talk by Venerable Bhikkhu Sanghasena this Wednesday, 30th October 2013 at 8.00pm. The Venerable was born in the Himalayan region of Ladakh. He was brought up in a religious family of Buddhists. At the age of seventeen, he joined the Indian Army where he was imbued with a strong sense of discipline. In 1977 he answered the spiritual call and left the army and became a disciple of the famed Venerable Acharya Buddharakkhita Mahathera of the Maha Bodhi Society, Bangalore, India. He undertook studies in the Dhamma and practised various methods of Buddhist meditation. 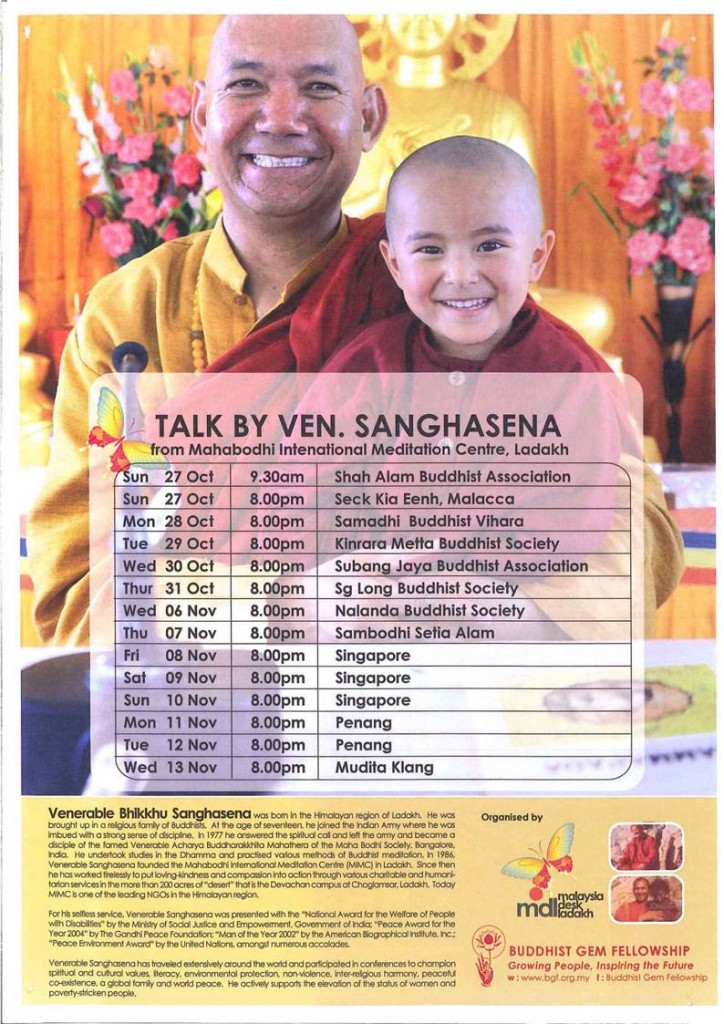